Citizen leaders are the force behind the movement for the 28th Amendment to get big money out of politics—and that force is growing. To support the American Promise Associations and other community-based efforts and build the movement, American Promise is adding two citizen empowerment coordinators.

Kimberly Clinch and Rosie Smith bring experience and enthusiasm to the grassroots activities that will advance the 28th Amendment. Learn more about what drew them to American Promise and how they will support citizen leaders working to return power to We the People. 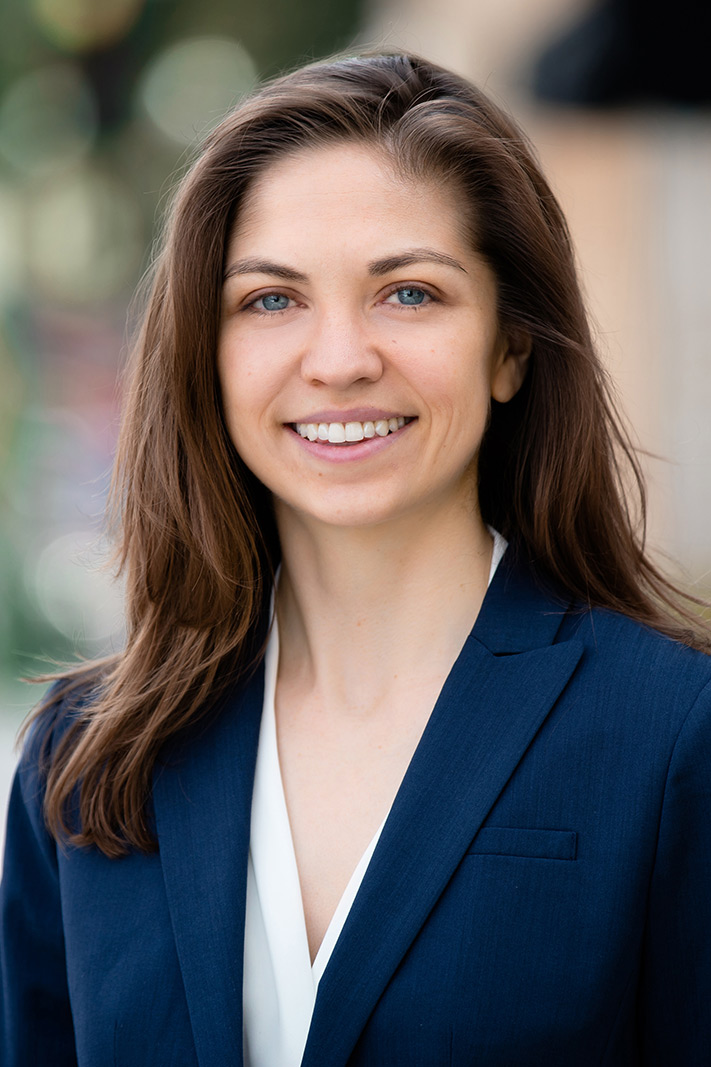 Growing up in Minnesota, Citizen Empowerment Coordinator Kimberly Clinch got involved in local campaigns at a young age. Kimberly has a history of organizing behind people and causes. In college, she became passionate about agricultural issues and the rights of independent farmers and co-founded a student group that worked with campus dining halls to buy more food from small, local farms. In the 2018 midterm elections, Kimberly volunteered for a campaign that refused money from all PACs and fundraised solely through individual donations. While pursuing these political interests, Kimberly also obtained her BA in math and physics from Northwestern University, contributed to award-winning research with NASA and the National Weather Service, traveled around the world, and worked in finance. She is excited to now be fighting full time for democracy and the country she loves.

Kimberly: I love our country and what it stands for: our founding story and principles; our history as the longest-standing constitutional democracy; our achievements in technology, science and art; our commitment to fighting for justice and human rights; and our role as leader of the free world.

A few years ago, though, I began to question how much of a democracy we are when the influence of big money drowns out average Americans’ voices and power in our government. Campaign finance is unique among political issues in that it cuts to the core of whether and how our democracy functions. To have a government “for the people,” we first need to have a government “of and by the people.” Campaign finance reform is a prerequisite to pursuing every other issue that matters to you, regardless of where those issues fall on the political spectrum. In fact, partisanship is a key barrier that prevents us—the American people—from reclaiming our government from big money’s grasp.

In joining reform efforts, I am proud to accept my duty as a citizen to fight for our democracy through American Promise’s cross-partisan, grassroots approach.

How does working to advance the 28th Amendment align with your personal and professional values/goals?

I am most motivated when working for a greater mission. Fighting for American democracy is the greatest mission out there, especially given our role as the global economic leader, defender of the free world, and torch-bearer of democracy. I especially thrive when I get to serve people directly, and in this position, I will be working with and supporting the local American Promise Association members who are leading our battles on the ground.

I hope to continue fighting for American principles and serving people throughout my life!

Freedom isn’t free. Our democracy exists because Americans before us fought for the right to self-government, from our founding through the past century. Americans in the 1900s fought for and won numerous government reforms, including 12 constitutional amendments. We are overdue for change.

So don’t listen to the people who say getting big money out of politics is impossible or a constitutional amendment is impossible. Nearly 80 percent of Americans support limiting money’s influence in our government. Getting money out politics isn’t impossible; it’s inevitable. But we have to show up, the same way our founding fathers and our country’s heroes showed up. Now it’s our turn to carry the torch and fight so that government of the people, by the people, and for the people shall not perish from the Earth.

I’m excited to be part of a cross-partisan movement that unites the majority of Americans over what we share: a love for our country and a belief in democracy. I look forward to a vibrant democracy after we pass the 28th Amendment, where we engage in heated political debate and then head to the bar together for a cold one!

Why is it important to you to empower citizens to help make change in our nation, and what do you think citizens need to be able to make that change?

Because this problem is one that undermines our very democracy, the only solution is a truly democratic movement—a mass movement. The majority of Americans who want to limit big money’s influence must turn out, speak out, and vote to reclaim control of our government.

What do citizens need to make that change? To know this: If you show up, we will win. 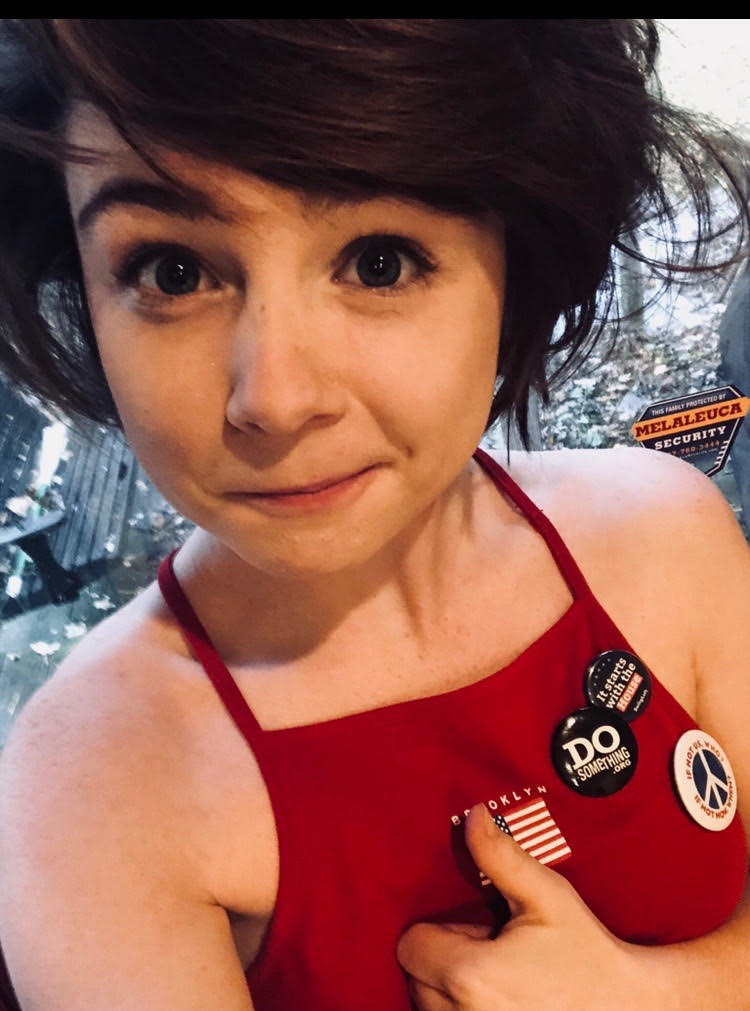 Citizen Empowerment Coordinator Rosie Smith was born in New York City and raised on Long Island. She has long had a passion for political activism and empowering fellow citizens to get involved in their communities through her work on local, state, congressional and presidential campaigns. Rosie previously was the volunteer coordinator for DoSomething.org, where she organized more than 120 young people across the country to run voter registration drives in their communities. In 2018 they were able to register more than 100,000 voters. In her spare time Rosie enjoys watching stand-up comedy and movies, exploring museums, and getting angry at documentaries.

Rosie: Getting dark money out of politics will create such a positive change in our democracy. So many Americans feel disenfranchised by the system and that their votes don’t matter, especially with billionaires and Super PACs spending billions of dollars to influence elections. We need to level the playing field and create a government that works for all of us, not just the corporate elite. I admire the dedication of American Promise to foster a spirit of collaboration and cross-partisanship, as getting money out of politics isn’t a partisan issue, it’s an American issue.

How does working to advance the 28th Amendment align with your personal and professional goals?

I have been passionate about politics and political activism for as long as I can remember. One of my core beliefs is fighting for underdogs and the disenfranchised. From running for class president in fourth grade after being told “Girls can’t be president” to registering more than 100,000 young people across the country to vote in the 2018 midterm elections, I am passionate about creating a more engaged and empowered electorate. I am beyond excited to be joining the American Promise team, to help people across the country stand up and fight for a government of the people, by the people, for the people. I’ve worked on several political campaigns and aspire to be a campaign manager one day. In order to have truly fair elections, we must first overturn Citizens United, which will help allow everyday Americans to have a greater involvement in our political process.

Our democracy is in trouble, now more than ever. The fact that more than $45 billion has been pumped into our elections in the past decade is obscene. Every issue that you may be passionate about is being blocked by lobbyists and corporations who want to keep things as they are. One of the good things from both the Citizens United case and the 2016 election is that they fired up a lot of people to say “Enough is enough” and become involved in our political process. The 2018 midterm cycle had the highest voter turnout and engagement rates in decades. Now is the best time to get involved, because you’re not alone.

I’m excited about so many aspects of this position, it’s hard to narrow it down to one. Besides the obvious choice of finally passing a constitutional amendment that will have a profoundly positive and lasting change on our democracy, I am most excited to meet people who are first-time activists and help them navigate our exciting and sometimes challenging political atmosphere.

Why is it important to you to empower citizens to help make change in our nation, and what do you think citizens need to be able to make that change?

Change has always happened from the bottom up, never the top down. Our system has been set up to disenfranchise voters from changing the status quo, but I know we’re headed in the right direction to shake things up. In order to make this amendment happen, we need everyday citizens from all 50 states to stand up and demand change. I know we can do this! Leaders come in so many forms, and we need each and every one of them. As long as you are passionate about the cause, we want you.