To Save the World, First We Need to Save Democracy

The U.N.’s latest climate report sounds the alarm that now, more than ever, we need to put the brakes on global carbon emissions to avoid the most devastating effects of global warming, never mind the effects we’re already seeing with repeated intense hurricanes, winter storms and wildfires. Averting the worst impacts will require large changes in public policy to achieve “‘rapid and far-reaching’ transitions in land, energy, industry, buildings, transport, and cities,” the report notes. And yet in the highest halls of U.S. government and policy making, there is little appetite for action. Why is that? The United States’ position on climate change is intimately connected to the way our elections are funded. We entrust our elected officials to objectively take in the facts and produce sound policy. However, our current system allows the voice of corporate special interests to discredit accepted science and drown out the millions of individual voices begging for action on climate change.

When and how did action on climate change become so deeply divisive and partisan? In the early 2000s there was bipartisan support for action. In addition to numerous Democrats supporting climate-related legislation, Republican Sens. John McCain, Lamar Alexander, Susan Collins and Lindsey Graham and Rep. Jeff Flake all, at one point or another, introduced climate bills despite resistance from the fossil fuel industry. Things shifted dramatically after the 2010 Citizens United Supreme Court ruling lifted limits on corporate spending in political campaigns and opened the floodgates for special interests with deep pockets. The fossil fuel industry was then free to ramp up its already considerable spending, pouring hundreds of millions of dollars into each election cycle. Popular, scientifically grounded bipartisan policy such as the Clean Air Act was simply perceived as bad for business. With zero limits on political spending, these wealthy industrialists were able to buy enough political influence to turn what was once accepted as bipartisan policy into a major wedge issue. Once in office, elected officials know how to uphold their end of the bargain.

As Sen. Sheldon Whitehouse, a Rhode Island Democrat, puts it, even if Republicans want to fight climate change, the fossil fuel industry won’t let them. The corporate takeover of our legislative priorities has drowned out the voices of everyday people who read terrifying headlines such as Planet only has until 2030 to stem catastrophic climate change and We need massive change to avoid climate hell with alarm. Yet Congress stands immobilized to make the public policy changes urgently needed to minimize the worst impacts of a warming world.

To unlock our nation’s ability to respond to the challenges climate change poses to our economy, our environment and our health, we need to address the takeover of Congressional priorities by corporate interests. This structural problem demands a structural solution: a 28th Amendment to the Constitution that allows for reasonable spending limits in our political elections so that all Americans’ voices can be heard, not only the ones who can afford it.

American Promise is leading the charge for the 28th Amendment so people, not profits, shape policy. Already two years into a 10-year plan, American Promise is building and scaling the 50-state cross-partisan consensus and the local and state network needed to achieve the support of two-thirds of Congress and 38 states to pass an amendment. Eighty percent of Americans from across the nation support the amendment, while 19 states and more than 800 cities and towns have passed ballot initiatives or resolutions supporting an amendment. American Promise has the programming and tools necessary to get us over the finish line.

A 28th Amendment allows for limits on political spending so elections, the cornerstone of our democracy, can be fair and representative. Only then can Congress truly get to work addressing the challenges confronting society and driving the wholesale technological changes needed to transition our land, energy, industry and transport systems to respond to the climate crisis. Time is short, but our plan is ambitious, focused and gaining momentum. Join us. 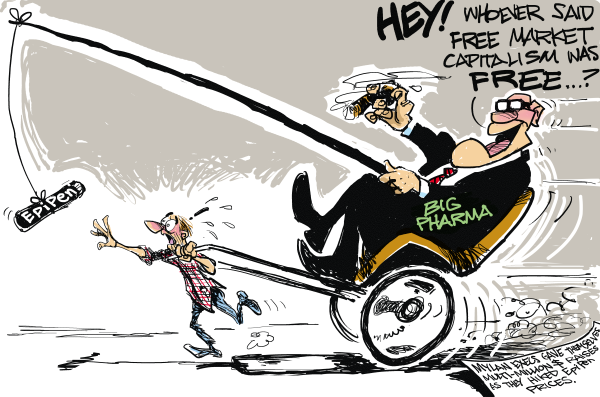