As we celebrate Women’s History Month and look back on the efforts it took to pass the 19th Amendment and guarantee women’s right to vote—a goal that took nearly 100 years to achieve—we are humbled by the struggles for equality so many Americans have overcome over the centuries.

As the familiar phrase tells us, freedom isn’t free. The promise of a “more perfect union” is one Americans must continue to reach toward, and fight for, today and into the future.

Like the voting rights of women, the right to political equality for all Americans, regardless of wealth, must be guaranteed for all time by a Constitutional amendment. If there is one thing the suffrage movement shows us, it’s how much passion, fortitude and persistence it takes to guarantee the fundamental right to political equality for all of us. The good news is that today American citizens across the country are demonstrating their passion and fortitude, and taking action around this important movement.

As we enter Women’s History Month and celebrate the 100th anniversary of the passage of the 19th Amendment, we honor a few of the women who dedicated their work to ensuring women’s ability to participate in the government. We hope their strength will inspire all of us to keep working toward achieving the ultimate promise of our nation: political equality for all. Although she was not American, as the founder of the world suffragette movement, Emmeline Pankhurst deserves a nod from her American sisters. As the founder of the Women’s Social and Political Union (WSPU), Parkhurst helped pioneer the fight for women’s suffrage in 19th-century Britain. She worked hard with the WSPU to gain equal voting rights for women. But to incite such radical social and political change, they had to use methods that were just as radical. Parkhurst and the WSPU smashed windows, started fires and went on hunger strikes to incite social and political change. They became the first women to be labeled “suffragettes.” Although Parkhurst died shortly before British women gained equal voting rights to men, her influence paved the way to the achievements we see in gender equality today. 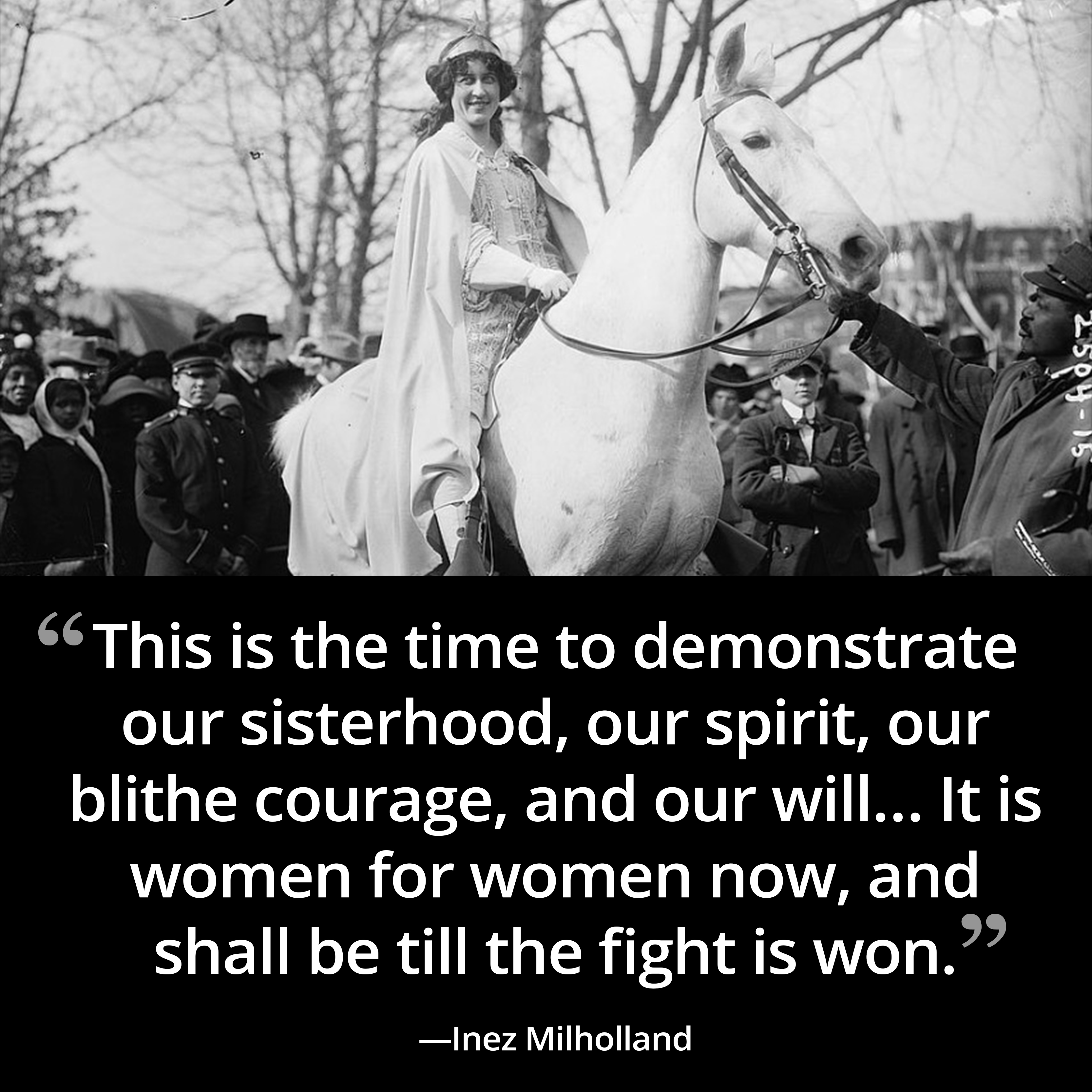 Women can do anything they put their minds to, and American suffragist Inez Milholland Boissevain was the perfect example of that as a lawyer, journalist and public speaker. Milholland started her activism work in college when advocates for women’s suffrage were barred from speaking on campus. She got involved in the National Woman’s Party, eventually becoming one of its leaders, and adopted a role in the women’s rights movement. She famously led a women’s suffrage protest in Washington, iconically wearing a white robe and riding a white horse while guiding hundreds of women demanding justice. Milholland dedicated her life to social reform and making American democracy more equitable for everyone. Her work was driven by compassion for the causes of not only women, but anyone who was socially, economically or politically disenfranchised. 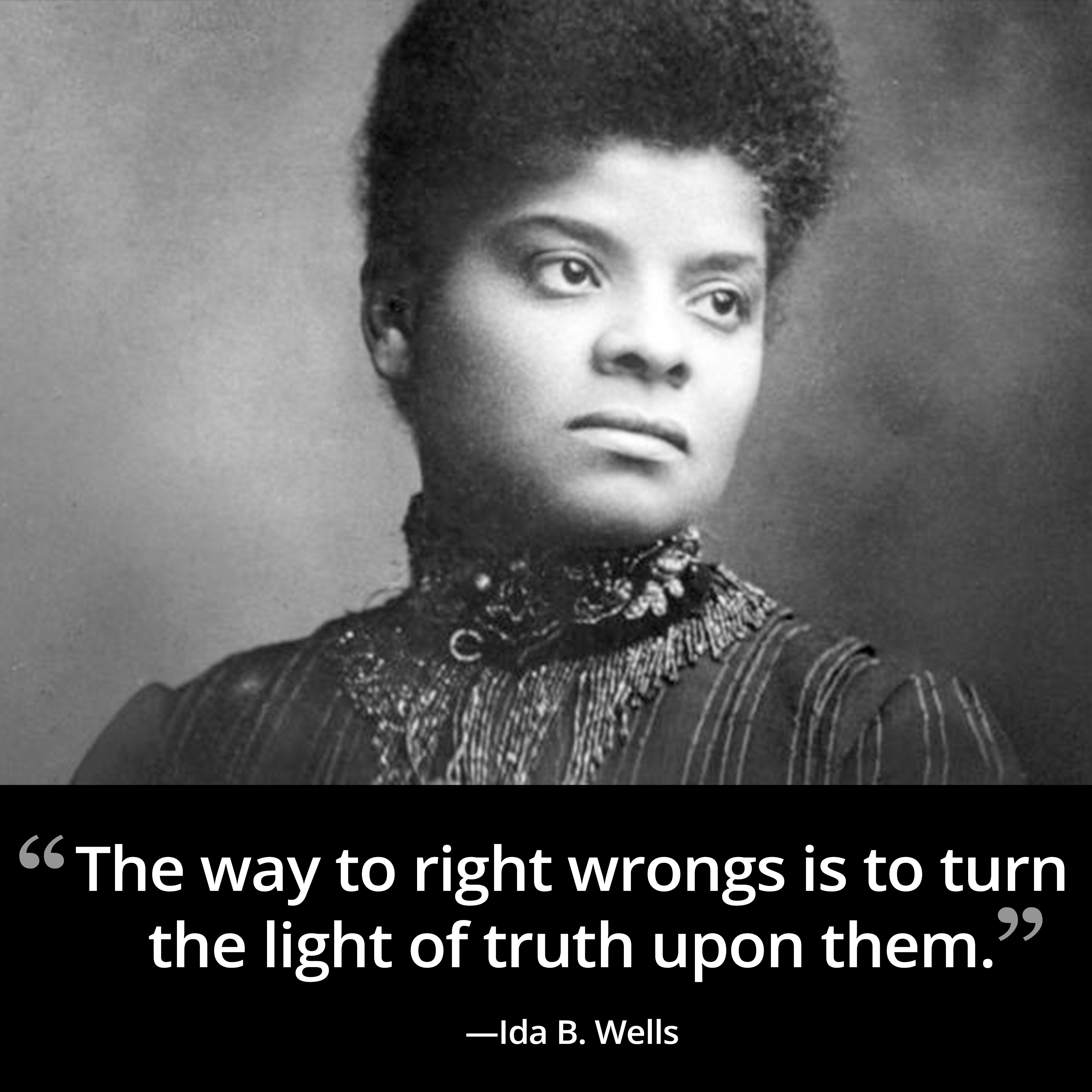 As an African-American journalist, Ida B. Wells produced activist work that highlighted the intersection of gender and race. She was motivated to speak out against the injustices happening in the American South after experiencing them herself. After a train conductor tried to relegate her from first-class to the car reserved for African-Americans, she refused by biting him on the hand. She didn’t just fight back against the system physically, but also intellectually. Wells used her gift of writing and devotion to democracy to further anti-lynching and women’s movements. She helped found the National Association for the Advancement of Colored People (NAACP) and especially shed light on the experiences of black women. Wells is still recognized as a civil rights and women’s suffrage luminary today because of her courage and action during times of adversity. 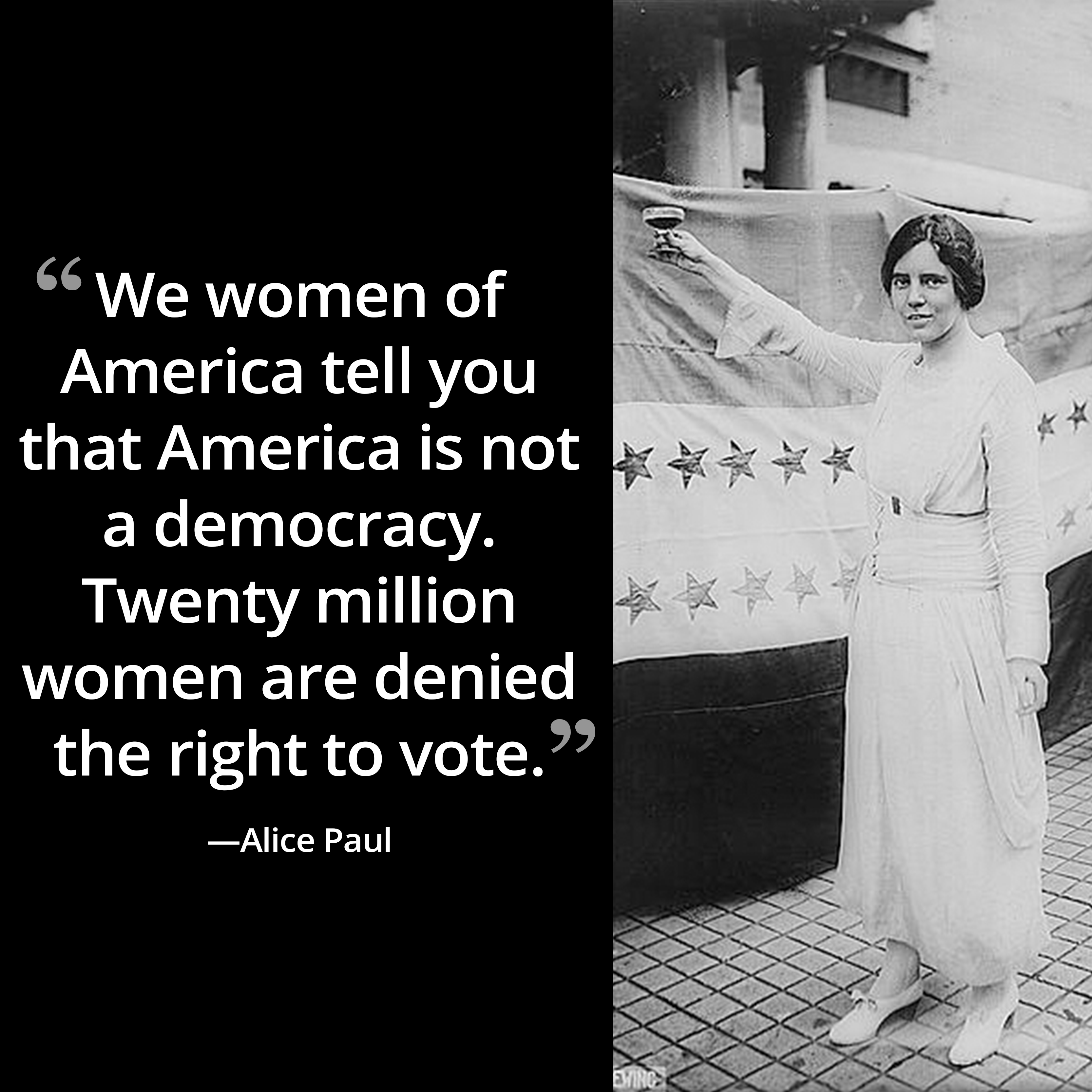 Born in 1885 in New Jersey to Quaker parents, Alice Paul learned the value of advocacy watching her mother Tacie’s participation in the National American Woman Suffrage Association. In 1907 she moved to England to study social work and joined a militant faction of suffragettes whose motto was “deeds not words.” She was arrested and imprisoned with the English suffragettes on several occasions.

After returning to the United States in 1910, Paul joined the National American Woman Suffrage Association but left the group in 1914 and eventually formed the National Woman’s Party. Paul and several other members were arrested in 1917 during a White House protest and jailed in Virginia, where they followed the English suffragette model, demanding to be treated as political prisoners and staging hunger strikes. News of the prison conditions and hunger strike drew more people to support women’s suffrage, including President Wilson, who in 1917 announced his support for the suffrage amendment.

Paul saw the 1919 approval of the 19th Amendment as one step in women’s battle for equality. She continued her advocacy for women’s rights, pursuing three law degrees and writing a new constitutional amendment called the Lucretia Mott Amendment, later renamed the Equal Rights Amendment. In writing the amendment, Paul made its intent clear: “Men and women shall have equal rights throughout the United States and every place subject to its jurisdiction.”

Paul’s amendment was introduced in every session of Congress from 1923 until it passed in 1972, when it went to the states for ratification. Supporters continue to work toward passage of the ERA, which has now been ratified by the necessary 38 states, and is supported by women’s groups including the National Women’s Political Caucus, the National Women’s Law Center, Veteran Feminists of America, the Women’s Bar Association, the Women’s Environmental Network and the YWCA. After Paul’s death 1977, the Alice Paul Institute was established at her birthsite in Mount Laurel, New Jersey. The Institute focuses on women’s empowerment, education and equality.

Read about some more inspiring women leaders in this feature about women civil rights leaders.